"Life itself is your teacher, and you are in a state of constant learning." - Bruce Lee

I've recently joined forces with Writers' HQ who have expanded their one-day retreat locations to include Hastings, and I'm the host. The next monthly retreat in the area takes place on Sunday 10th September at the Southwater Area Community Centre in St. Leonard’s, just outside Warrior Square train station.

Who are Writers’ HQ, and what can a writers’ retreat do for you?

The guys at WHQ offer online courses as well as host retreats. As a one-day retreat, it gives writers from any field and of any level a day in which to focus. Indeed, as their slogan says: “Stop f***king about and start writing.” It’s a room of collective energy, to hammer at projects, where the aim is to hit your word target by the end of the day. Plus, there's lunch and endless tea and coffee. And biscuits.

There are a limited number of places available for the retreat, and it is recommended that people grab their seats as soon as possible. For more info, head over to: http://writershq.co.uk/hastings-writers-retreat-landing-page .


Oh, and here's a handy voucher to save yourself some moolah: 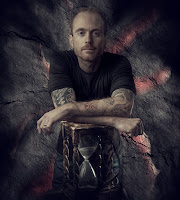 Mark Cassell lives in a rural part of the UK where he often dreams of dystopian futures, peculiar creatures, and flitting shadows. Primarily a horror writer, his steampunk, dark fantasy, and SF stories have featured in several anthologies and ezines. His best-selling debut novel THE SHADOW FABRIC is closely followed by the popular short story collection SINISTER STITCHES and are both only a fraction of an expanding mythos of demons, devices, and deceit.