Disclaimer: this post has nothing to do with go-go girls whatsoever. Sorry.

2016 is already penned to be a busy one. With the continuing saga of the Chaos Halo series for Future Chronicles and more horror flash fiction as well as the expansion of the Shadow Fabric mythos, I'm going to be hard at it. Also, there's the gradual development of a steampunk universe. Yeah, there's a novel in the works. 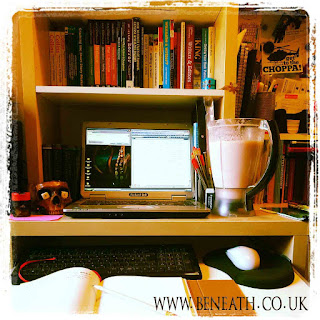 Alongside this lot, there are three new anthologies set to feature my work.

Back in October, a previously-unpublished mythos story won a Halloween competition with Dark Chapter Press and will be included in one of their upcoming publications. Also, I'm currently on the final draft of a ghost story for a Shadows At The Door anthology I've been invited to work on. The research into that haunting tale has been fun and I'll be sure to share it in a later post. Lastly, an anthology that has recently hit the shelves includes another mythos story: 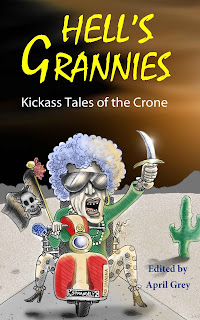 
Ten Talented writers share their visions of the Crone.

Excerpt from the Introduction:

Aging is not for the faint-hearted, yet there is little choice in the matter. You can take good care of your health, your finances, your loved ones and still life will throw a curve ball.
In this anthology you will find tales of courage, of women who rise to the challenges of time in many different ways.
Some stories are of women aging gracefully but their tales are still kickass because they have a lot to overcome. Other stories are humorous, because if you can’t age gracefully, then by all means age disgracefully.
And there are a couple of very dark tales as well. I think you will delight in them as much as I do.

April Grey has worked with Dirk in the past when she commissioned him to create artwork for the cover of her The Fairy Cake Bake Shoppe.

Hell's Grannies: Kickass Tales of the Crone is available from Amazon. 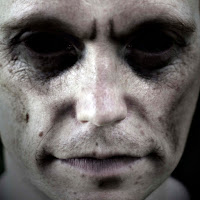