Rayne Hall's latest release, Fiends: Ten Tales of Demons, is now on sale. In this anthology, ten authors share their vision of demons, some drawing from their ethnic and cultural backgrounds, others inspired by observations from real life, all blended with the writers' vivid imagination. Their stories span a wide spectrum of styles – scary, funny, disturbing and thought-provoking. 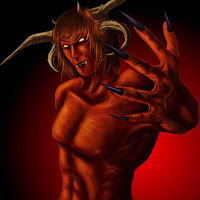 Not only does it contain a story from the Shadow Fabric mythos, but also Pamela Turner's "Inner Demon". Her work has featured several times in Rayne's Ten Tales series, and as a fellow author in the anthology I managed to throw some questions her way. 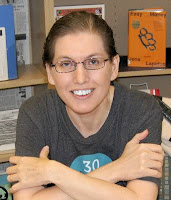 Your story is called "Inner Demon" and is about a cursed hemophobic serial killer. Can you tell us more about it?

I had this idea about a pastor of a small rural church who is both drawn and repulsed by blood and this whole idea of the body and blood of Christ, which in communion is symbolized by the wafers and wine. But that's not enough for him. He's drawn to what would it be like to really drink the blood of Christ. So he kills a minister from a neighboring town and drinks his blood, only to have a violent reaction. But he can't stop killing, even though he knows it's wrong, and he calls upon that dark part of his psyche to help him continue. He can't stop, even if he wanted to, but when the story opens, he only needs to kill one more person and the inner demon - made manifest by his actions and fears - promises to release him from his homicidal curse. Except the demon is having none of that. It's free, it also kills, and it wants to keep killing.

In the anthology, you've explained a little about the origins of the story. Would you like to elaborate?

I find it interesting how some people are so quick to blame the devil when they commit a crime, refusing to take responsibility for their own actions. As a former pastor, Thomas McClellan no doubt regrets his obsession with blood and death but finds it easier to blame his inner demon, rather than face the harsh reality. And I think that's what the demon does. It forces him to see his true nature. The demon is a part of him. He didn't conjure it. It was created from the darkness of his soul and is his responsibility to defeat.

​Do devils and demons feature much in your work?

With the short novels, yes. Along with Death Sword and Exterminating Angel(both published by Lyrical Press/Kensington), I have six other books with angels, devils, and demons. I tend to twist notions of good and evil, so my holy angels will sometimes be the antagonists and my fallen angels the heroes. According to the research I've done on angelology, there's often a fine line between holy and fallen. In some cases with my stories, it's about the corruption of power, particularly with my Seraphim, who are considered to be the highest ranking archangels by some, such as Pseudo Dionysus.

Chain-smoking, hard-drinking archangels and hemophobic killers? Your protagonists are pretty hard-boiled. How do you come up with these guys?

Too many Humphrey Bogart/noir movies. :-) (Yes, I'm old school.) Actually, I despise the depiction of angels as weak. We're talking beings who made people fall on their knees in the Bible. Beings who could tower miles high, who could have four faces, hundreds of eyes, be a fiery wheel, etc. They have power that could destroy a city, as exemplified by Gabriel decimating Sodom and Gomorrah. He's also said to wield a scythe that's rumored to have a five foot handle and a seven foot blade. (Yes, Gabriel is an angel of death.) Hello! I see that coming at me, I'm running in the opposite direction.

My angels have seen the worst of humanity and also the worst of their own kind. Show weakness and risk a nuclear-like annihilation by the Seraphim. They have no illusions about life or even death. For them, living hard and dying hard (if that happens) is the norm.

In your novella, Exterminating Angel, there's an element of Tarot card reading. Is this something that interests you?

It does. Actually, that was a Tarot reading I did for Zaphkiel and Sean/Caliel, and it fit the story so well, I incorporated it into the book.

​​What are your fears and phobias? And have you approached these in any of your work?

Death. For someone who writes about angels of death and death in general (and its many incarnations), I'm afraid to die. I hate the finality of it all.

​
Not only in fiction, you've also had success with plays and poetry. Who or what are your inspirations?

Art often inspires my work. Sometimes a music video, song lyric... A lot of times, it's a "What if?" question. With Exterminating Angel, it was "What if an archangel unwittingly released a demon upon a city and had to enlist the help of Lucifer to stop it?" I think it's all about keeping one's self open to creative possibilities and realize inspiration can come from anywhere.

When it comes to big names, who's inspired you most and on what level?

Well, Stephen King, of course. Others would include Ray Bradbury, Robert Arthur, Algernon Blackwood, Rod Serling, Alfred Hitchcock, Madeleine L'Engle, and, most recently, Martin Cruz Smith. I remember reading short suspense stories and how certain images stay with me even now. Maybe that influence seeped into my subconscious and formed how and what I write.

Are you working on anything new?

I've got five novels written (first drafts) and I'm working on another one about angelic assassins. Haven't plotted it yet, but have sketched out a basic idea of the stories. I have a number of story ideas in various genres and snippets of dialogue, notes, drafts, etc. (You mentioned about the Tarot reading above; a Tarot reader told me I needed to get my writing organized. Oh, yeah. Most definitely.)

Finally, where's the best place to find more of your work?

You can find me on Amazon, Barnes and Noble, and Kobo. My website is Haunted Dreams, Dark Destinies. I also have a blog, Darkling Delights. I'm on Facebook and my Twitter handle is @PamelaTurner . 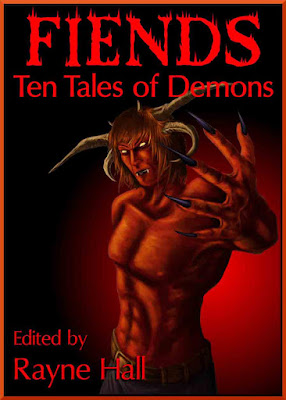 Fiends is available from Amazon.

Mark Cassell is the author of the Shadow Fabric mythos. 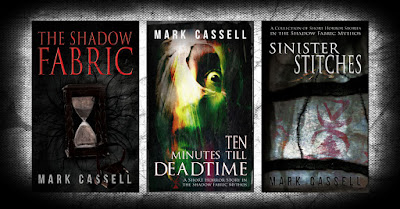 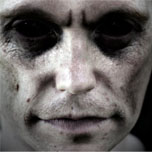 His debut novel, The Shadow Fabric, is a supernatural story and is available from Amazon and everywhere else. Sinister Stitches, a collection of short horror stories in the Shadow Fabric mythos, is coming soon.