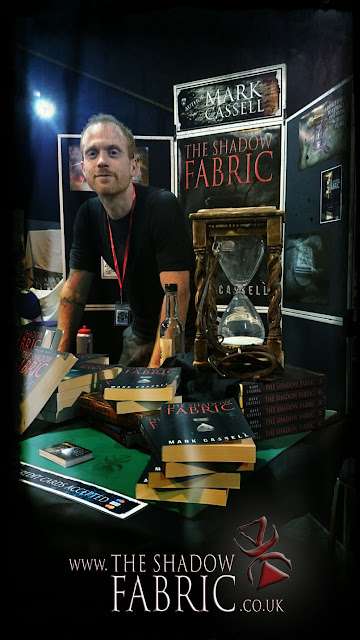 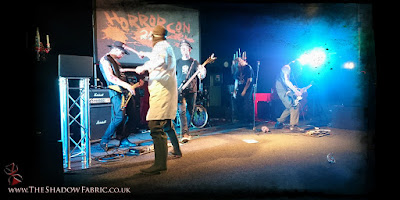 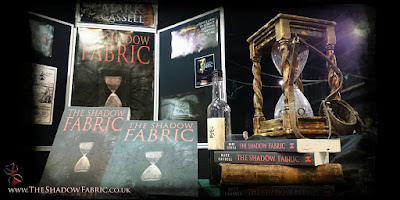 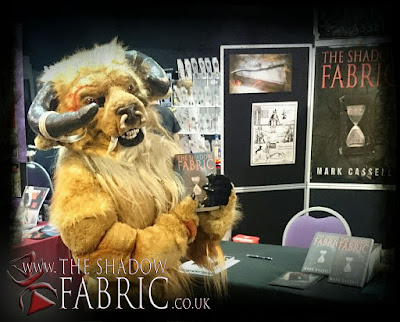 Even the monsters bought copies of The Shadow Fabric. 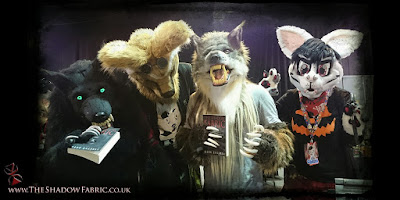 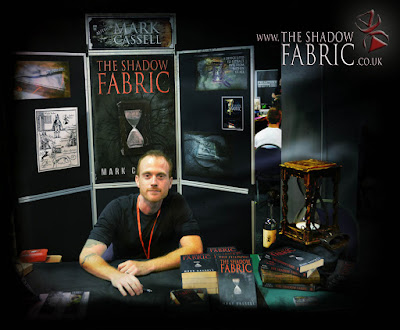 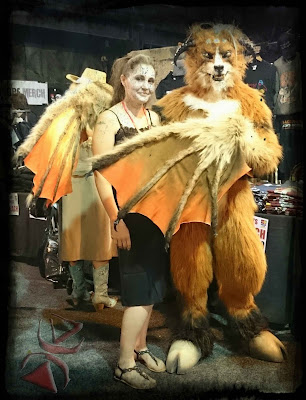 I met a couple of guys from Dark Chapter Press,
including Jack Rollins, author of The Cabinet of Dr Blessing. 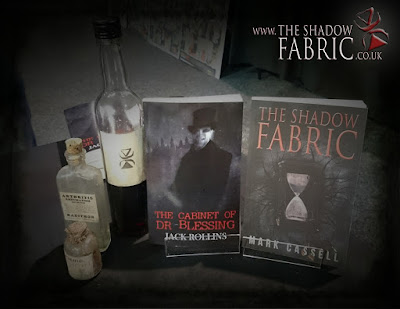 And here, those Dark Chapter guys are swallowed by the hourglass,
a 17th-century device that was used to extract the evil from witches. 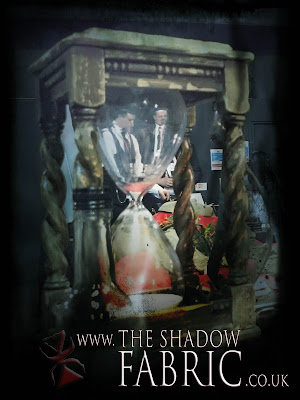 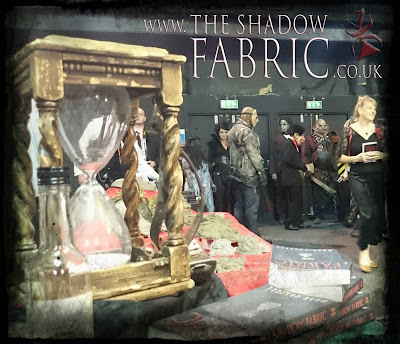 Finally, here I am eating a cookie...
the second before it crumbled in my lap. 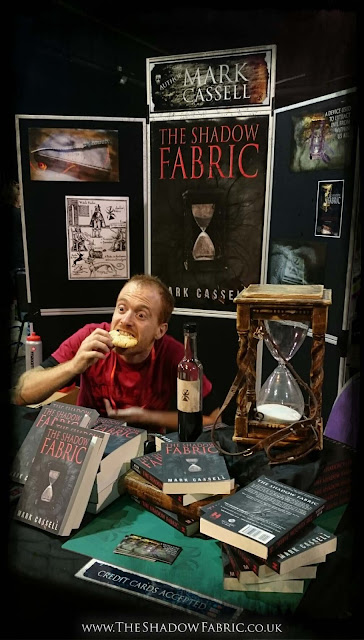 The opening pages of The Shadow Fabric: 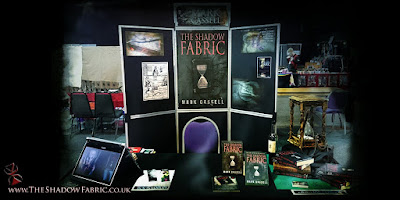 His debut novel, The Shadow Fabric, is a supernatural story and is available from Amazon and everywhere else.