Horror Bites #16: "Of Earth and Fire" (a story in the Shadow Fabric mythos) 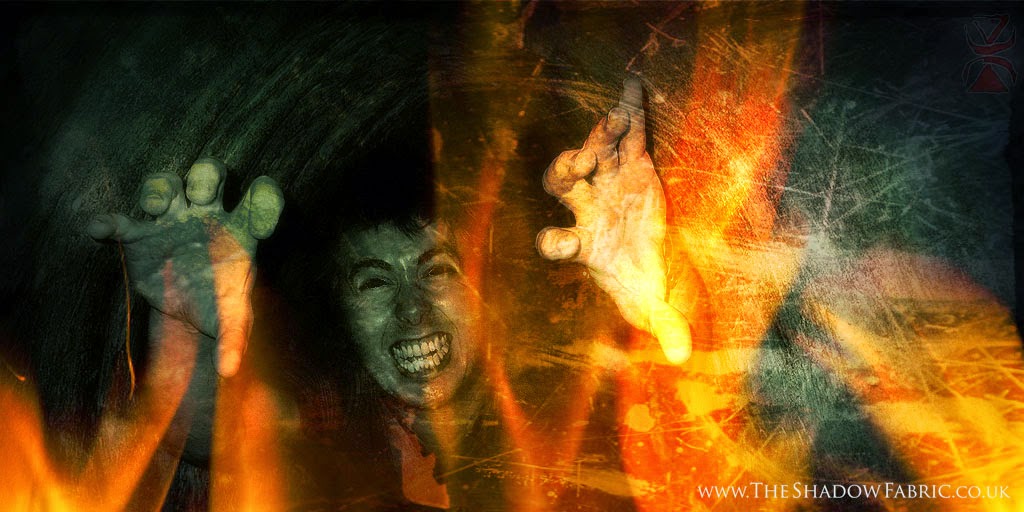 The Shadow Fabric has received some glowing five-star reviews, and the East Midlands SF & Fantasy convention proved successful where I sold a stack of copies. So in all, life is grand.

Today's blog is for the Horror Bites Challenge. It's a piece of flash fiction in the Shadow Fabric mythos, as were a couple of previous submissions: Death's Ahead and Claimed.

For those who are unfamiliar with the challenge: write a bite of flash fiction inspired by an image (below) supplied by Laura of Office Mango. All she asks is: "Try to scare me, or at the very least create a little bit of darkness".

Darkness is, after all, at the core of The Shadow Fabric. 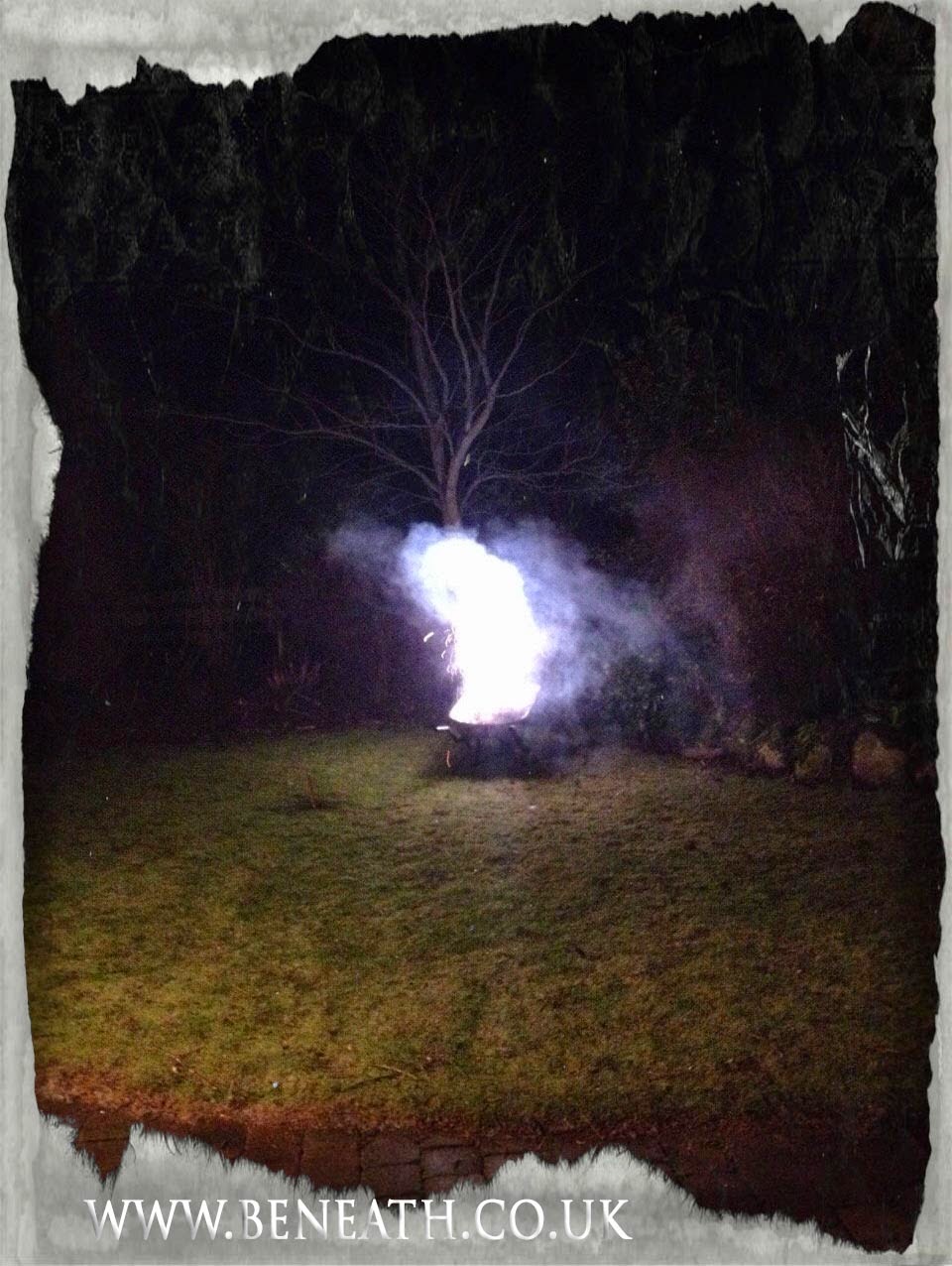 Of Earth and Fire

A story in the Shadow Fabric mythos

The shrooms glisten in the afternoon sun, bulging from the wheelbarrow. I stand back and wipe dark streaks down my overalls. That cloying stink thickens in my lungs like the time I’d discovered a dead fox beneath the shed, maggots seething, all rot and grey meat. These shrooms are like that; grey and black, festering, pulsing. Who’d ever seen such a thing?
Indoors to clean up. There’s TV to watch and a meal to be had. Shepherd’s pie. Much later, I’ve a toothbrush in my gob as noises, a roar and crackling, yank me to the bathroom window: a blinding light, white and yellow, in the garden. The wheelbarrow’s on fire. What on Earth?
My bare feet pound the stairs two at a time.
The backdoor swings wide and crashes against the wall. Kitchen shelves rattle. I lurch into the garden, the cold paving biting my feet. I grip my toothbrush and squint into the blazing wheelbarrow; those bloody shrooms.
My eyes dart around. Where’s the hosepipe? There, coiled like a snake beside the tomato plants. But my feet fail me, root me to the ground.
This strange fire rages.
Helpless.
In the flames, the burning mass shifts. Not the shrooms, something else. Toying with my vision to create shadowy phantoms. Churning within the fire…is a face? Black and narrow eyes, a sharp nose, and mouth wide with needle teeth. Squirming, teasing. First it’s there, then it’s not.
My feet twitch and I shuffle forward. I don’t mean to. I don’t want to. My head is heavy and a presence of…of what—evil?—leaks into my periphery, clamps my mind. Another step closer, closer to the blazing wheelbarrow. Smoke slides down my throat. I cough. Heat prickles my skin.
And still I walk.
Tendrils of fire reach for me, just as I reach it.
The plastic of the toothbrush melts in my hand. Agony roars.
I slip, arse down on the dew-soaked grass. The fire wraps around my hand, my wrist. Up my arm. Lancing pain, yet strangely detached. Like the pain is someone else’s.
The patchy shadows twist with the flames to embrace me. Warm, soothing. The darkness bleeds as the fire bursts around me. I crawl, slither, reaching across the grass—green singed to black, my flesh no more. I clutch with burning fingers, yet I have no hands.
Body, nothing more than fire.
As liquid flame, I reach the garden perimeter. Fire crackles as I spread outwards. I slip between foliage, scale the fence, up and over, burning, and out into the street, reaching for Mankind beyond…
Once again, here on Earth.
I am.
Fire. 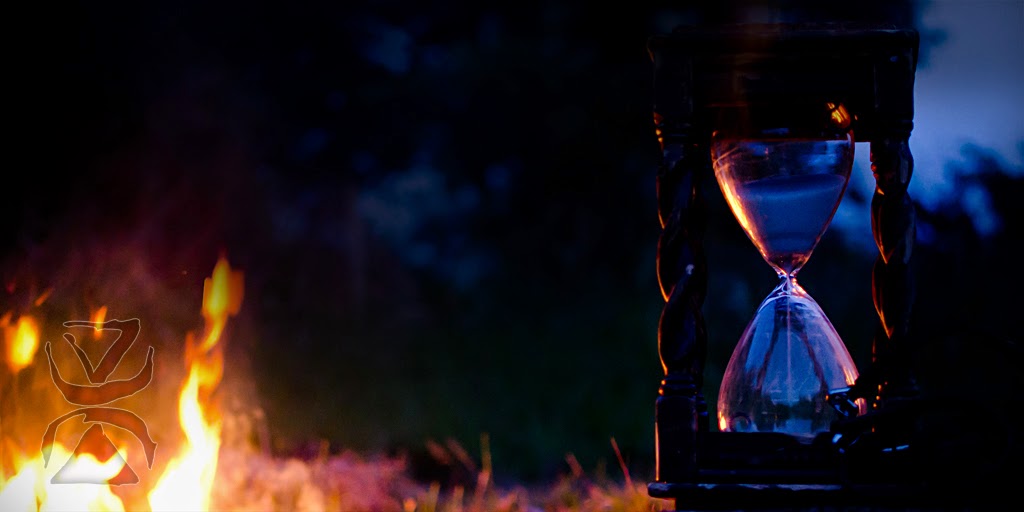 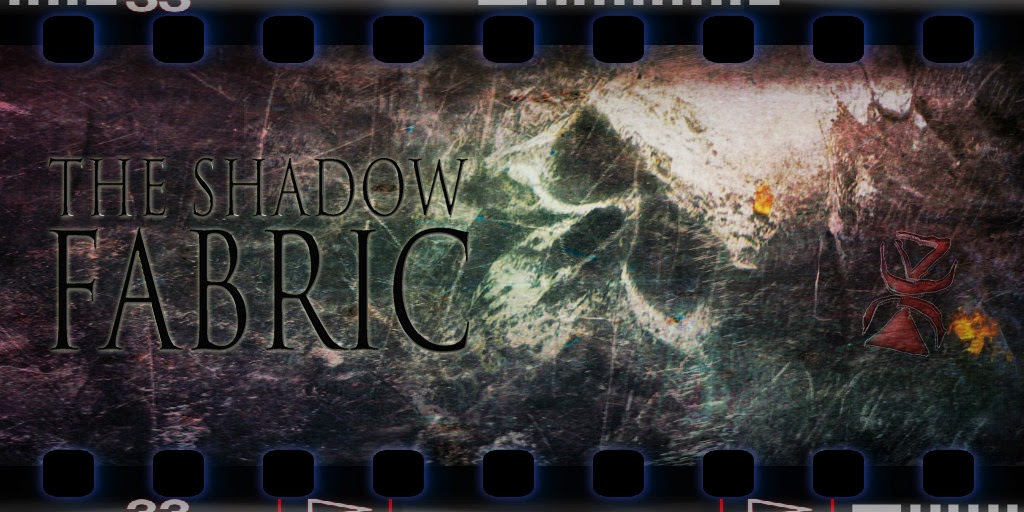 
His debut novel, The Shadow Fabric, is a supernatural story and is available from Amazon.