A short tale of only 625 words, inspired by an image my wife gave me. 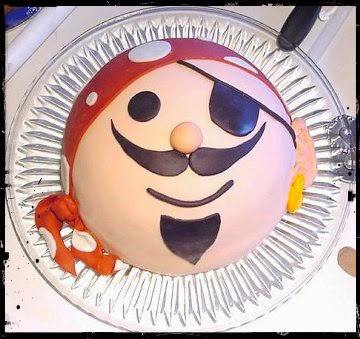 By Mark Cassell
(625 words)
A glistening dome, pink and soft, pushed up through the layer of sugar icing. Jeremy stopped chewing. Sponge crumbled and slivers of fondant heaved as a bloodshot eyeball stared at him. He screamed, still gripping the paper plate, and staggered backwards. His elbow whacked a dining-room chair.
Mummy’s hands grabbed his shoulders. She shouted something but he couldn’t hear—too much noise in his head. His stomach writhed like he’d swallowed a billion worms. The plate became heavy in numb fingers. He’d demanded to eat the eye-patch. He was seven and it was his pirate cake.
He spat. Sponge and icing crumbled over his lips and stuck to his chin; bitter, foul, reminding him of that time he’d eaten mud.
His wide-eyed friends, Sam and Tom, stood clutching their own pieces of cake. Sam’s gapped-tooth grin melted and he spat out his mouthful.
Jeremy threw his plate, filling the air with crumbs and lumps of sponge. The eyeball bounced across the table like a ping-pong ball, leaving red splats between the bowls of crisps and plates of sandwiches.
Mummy screamed and dragged him into her arms. Perfume, the one that was like too many flowers, poured over him.
The plate rolled off the table.
And the eye twitched, looking at each of them in turn.
Amid the shouts, the yelling, the crying, came a thump—a crash—on the back door. It rattled shelves. Something fell and cracked.
Thump-thump-thump.
Wood splintered as the door flew inwards and slammed into the wall. Glass broke and shards dropped, reflecting a fading light. The summer afternoon vanished in a wash of black smudges. This darkness separated…and Jeremy’s heart bobbed into his throat.
The stink of the sea and fish, of rotten vegetables and farts, rushed in with the gloom.
Sam puked. It splashed the table in a sound similar to when Jeremy left his cereal too long and had to pour the soggy mess into the bin.
Tom, tears streaming down red cheeks, darted from the room.
From the unfolding darkness came three men dressed in rags and wearing masks. The pair at the front wore sodden bandanas, and the one at the back wore a pirate hat, askew and slimy. Rusted scabbards swung from belts with equally-rusted buckles. As one, they staggered and reached with skeleton fingers. Flaps of stained cloth hung in clumps from jittery limbs as the men pushed into the room. Sand and smoke and shadow billowed around them in waves. Clumps of filth dropped to the floor and scattered things that wriggled.
Jeremy coughed and choked. He still tasted the cake.
In the centre of the table, framed between plastic cutlery and napkins, the eyeball’s gaze now fixed on the approaching men.
They were not wearing masks.
Their faces drooped, slanted and twisted. The skin, wrinkled and green as cabbage, flapped where it had slid from the skull. Sores and wounds oozed yellow stuff that dripped from slack jaws. Missing teeth, scabbed ears, curled flesh hanging. Wisps of hair tangled with seaweed flopped over their gazes. And their eyes…it was their eyes…or lack of…
Just dark, sunken sockets. Twin holes as black as the darkness only something dead could walk with.
Jeremy couldn’t be sure, but maybe he kept saying “Mummy” over and over and over. But she’d released him, fainted. It was as though she now slept between overturned chairs.
Still the men came.
A strange silence had entered with these visitors. It seemed to pulse with the roar in his ears. His heartbeat, loud, throbbed in his head.
The man in front pointed at the eyeball. Mud and filth and maggots dripped from the end of that hooked finger.
In a voice of gargled water, the dead pirate said, “Eye, Cap’n.” 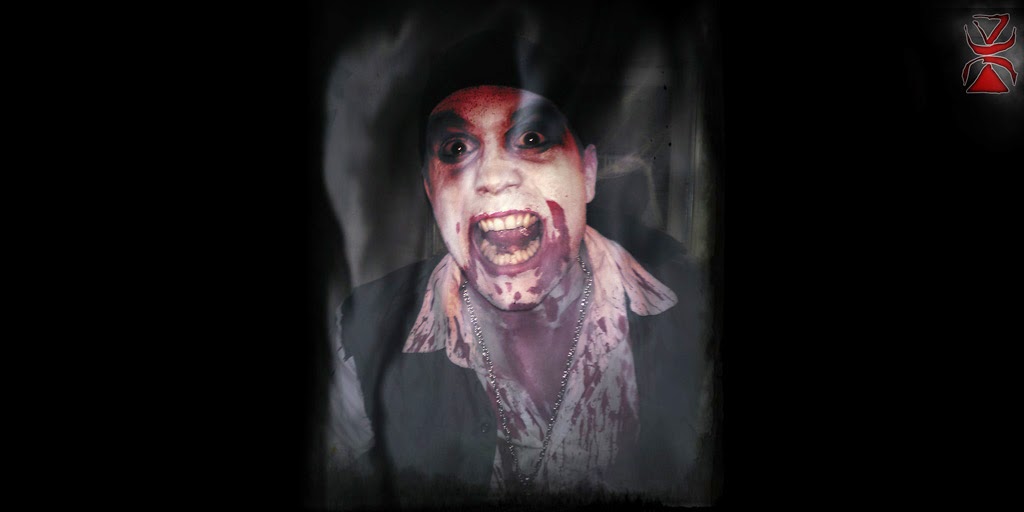