Halloween is creeping up on us, and that means The Shadow Fabric Kindle version will be released. 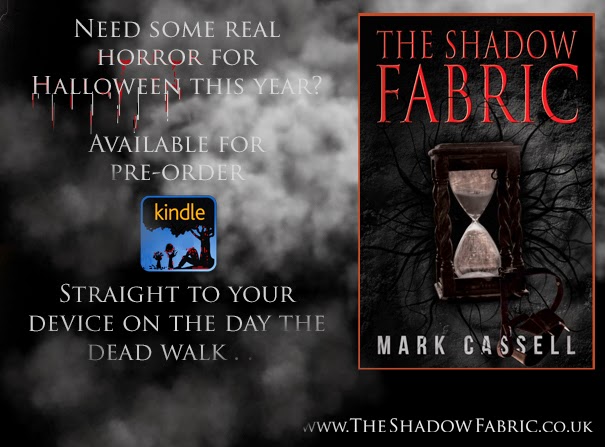 To my knowledge, I’d never before seen a dead body. The sunken eyes were a pair of tiny beads inside a skull. Not a head, a skull. The skin shrivelled in uneven ridges of miniature peaks and valleys. Gaping nostrils in a nose cavity of shrunken flesh, and below it, the mouth; a rictus suggesting nothing short of terror. Sparse grey hair hung from the dome of the skull, clumped across the forehead. It reminded me of a Halloween mask.