The Hourglass - making a prop for The Shadow Fabric

A 17th-century piece of apparatus used to harness a witch's evil. 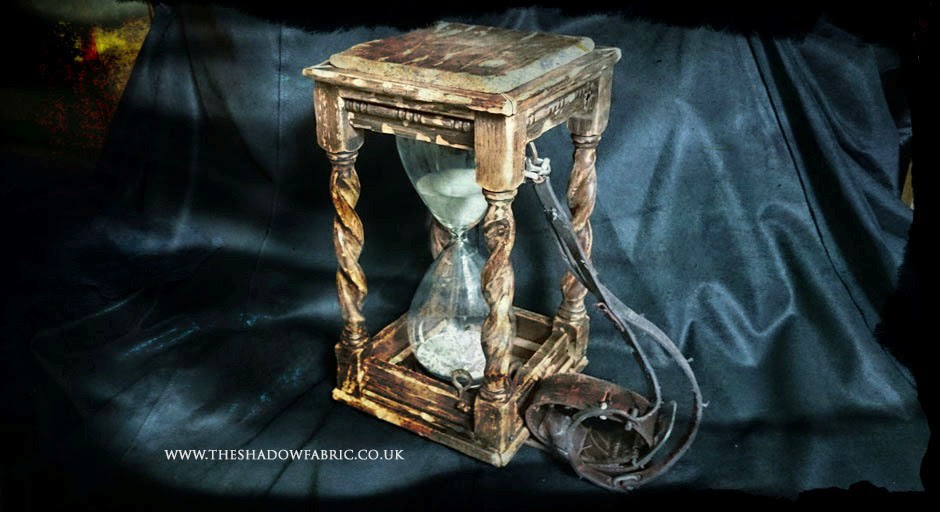 My novel, The Shadow Fabric, is set in modern-day England but features several artefacts from the 1600s. Some were used against the darkness, while others created it. For promo purposes, I've had to make them because they don't exist [anymore].

Believe me, if they did then the human race would be screwed. 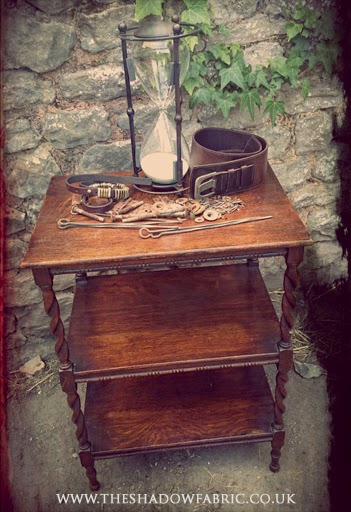 Give me any DIY project and I am happy. And so the construction of the Hourglass began. First, I had to buy stuff. 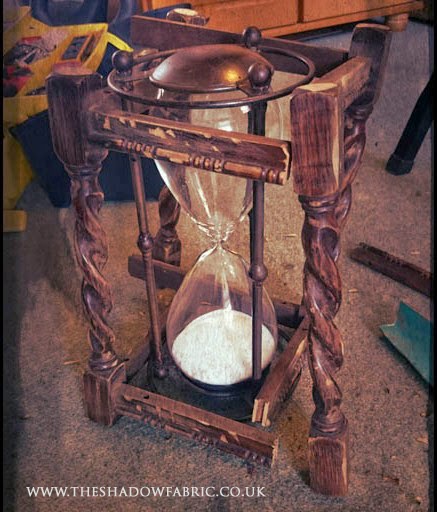 Then it was time to break everything apart and play, all the while constructing the Hourglass in my mind's eye—the canvas in my head where I use imaginary crayons. I spent a great deal of time cradling a cup of tea and staring at the pieces. Much the same way in which I build my stories. 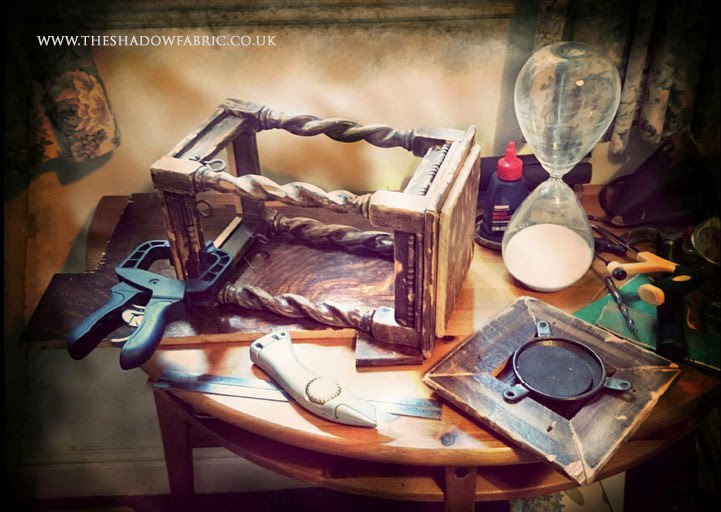 This artefact is 350 years old, so I had to make it look its age. Not only did I scratch up the glass bulbs and hack up the wood, but I had to rough up a leather belt to make a harness. Yes, this isn't your typical hourglass, but you know that.

Back in the days where superstition proved fatal to some, the harness would secure a witch's hand onto the lower bulb. Up-end it and wait... This extracted the evil, and alchemical properties in the sand would then create a shadowleaf. This is essentially evil given substance; not much larger than a thumbnail, yet pretty damn potent.

Ask yourself this: why would anyone want to extract the evils of a witch? Also, how many shadowleaves were made back in those days of witch hunts and hangings?

And what the hell could the Hourglass be used for in modern day?

More can be learned in my novel. 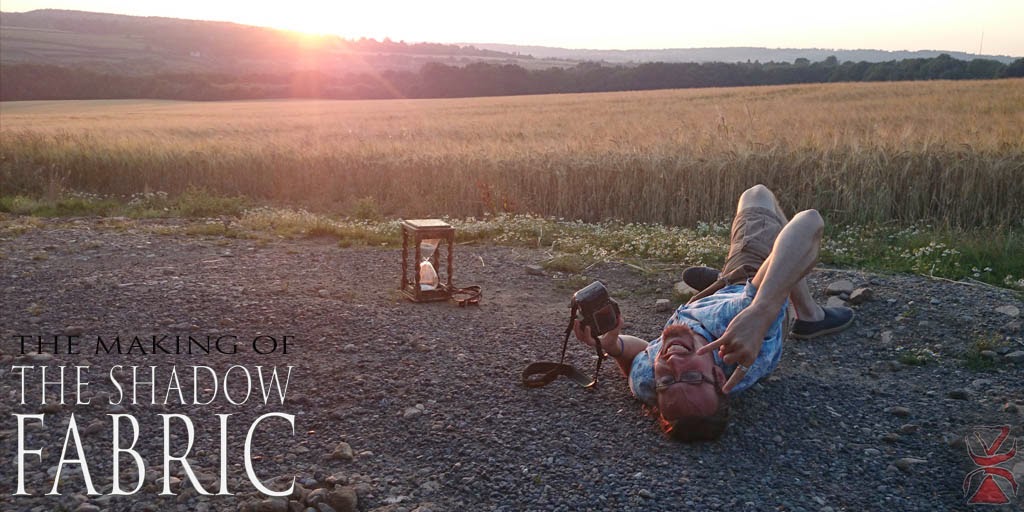 Back to my DIY project. Once built, it was time to enlist the superb photography skills of Chris Shoebridge. He's already taken numerous other shots for The Shadow Fabric and they'll feature in later blog posts. You can find them floating around Facebook and Twitter. 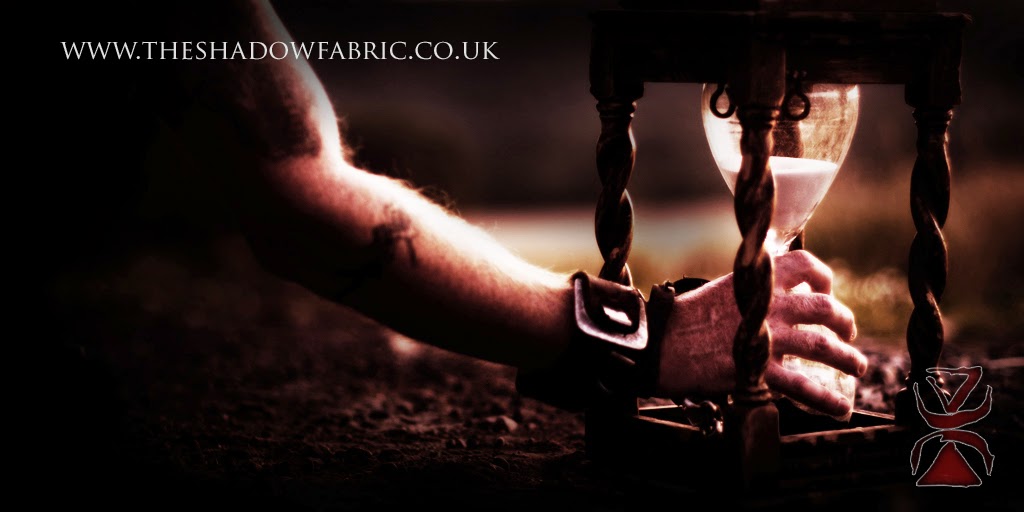 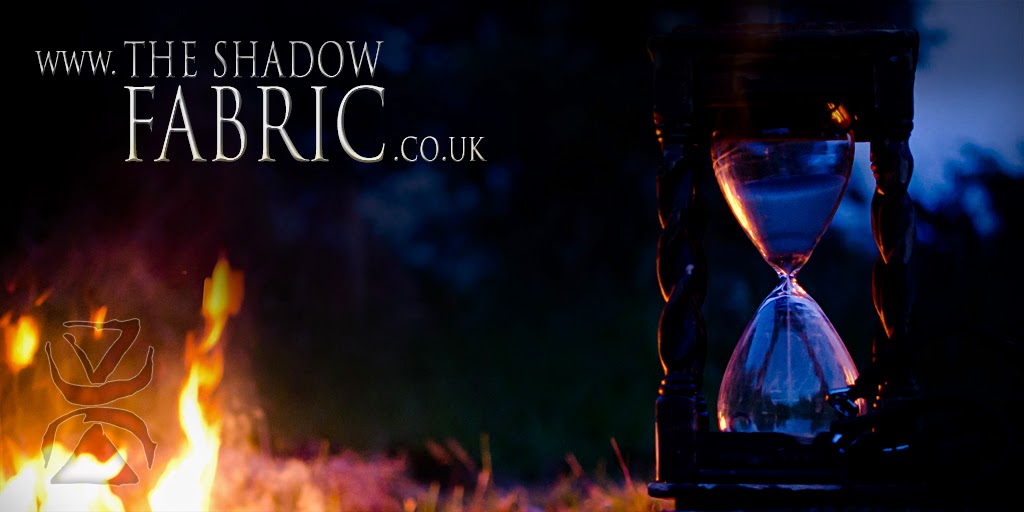 A few weekends back, Chris and I went camping down in Rye, East Sussex. I needed to do some research for a demon story I'm writing and thought we'd tie in a photoshoot as well as my notebook scribbles. I knew he filmed a few things while we were there, but once home he made a mini-movie. Yeah, starring little ol' me. Incidentally, we'll shortly be storyboarding an official promo-film for The Shadow Fabric. More on that, later.

Here's that movie he "quickly" put together: