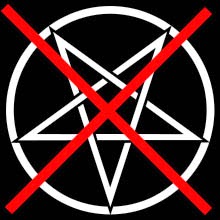 Rayne Hall's next Ten Tales anthology, Cogwheels, is soon to be released and since accepting my "Hole in the Sky" story she's now after another. This time she's requested a dark story involving a demon.

Two things I already know, and I've not yet scribbled any ideas:


Below, I've listed several of my personal grievances when it comes to demon and supernatural stories, both in literature and on screen.

Yeah, this is first on the list. I am not having a dribbling, white-eyed levitation scene anywhere in my story.

How many times have we seen, especially in film, weird children, floppy arms and vacant stares? Oh, and long, dark hair over the eyes.

Again, especially on screen, the music box plays an important role twinned with a haunting soundtrack.

Don't even get me started on this.

If someone's pissed someone else off, what better way than to put a hex on them?

I don't want any priest or holy man near my demon.

As above. May the power of Christ compel me...not to.

No church will be seen in or around wherever the hell my story takes place.

Similar to the last item, no one will wander around wearing cowls either. Indeed, there'll be no chanting, naked-dancing, or virgin sacrifice.

So, let's have a pair of characters (husband and wife perhaps?) move in to a new home...and ohhhhhh, there are weird noises. Um, no. Thanks. But no.

Almost as bad as the moving home thing... Let's have a character who goes to a charity shop or a garage sale and finds something. Something old. Yeah, let's make it a music box. No, better still, how about a doll?

A possessed car? I believe Stephen King was one of the first to do this with Christine and that was a fantastic story. No one else should bother.

Anything to do with a demon behind the mirror is too much the metaphor for personal demons.

Let's begin the story with a happy family unit. First there's something broken in the house. And then the next step on the freaky-level is the pet butchered by some kind of evil. No. Just don't do it.

Yep, cliché right there! Oh how those two hate each other, and one character is troubled by that evil presence. Do they still love each other? Who's the annoying new man/woman on the scene? Yeah, let's kill the lover who broke up the marriage in the first place. That won't shock the reader.

Similar to the freaky children, but this one features a pair of siblings. And one of them is possessed, or taken ill, or maybe taken into the nether world.

Reading a story, often in first person POV, and they're actually possessed by an evil demon. We follow them on their journey and yeah, it's the demon's point of view. Of course.

"What are you sick of when it comes to demon and devil clichés? #amwriting a dark story and want to avoid every hackneyed plot out there."

One tweeter even suggested instead of a scary demon, how about one straight from an Armani ad? Another mentioned a misunderstood Devil who's perhaps less evil than most think, and is in fact somewhat hospitable... Both, worthy ideas.

Thanks to all those who helped out there.

As I often do before beginning a story, I scribbled as many word associations as possible before going cross-eyed. With demons, devils and darkness in mind, this is what I came up with:


This is already proving to be a challenge, and I think I've made it difficult by compiling a list of what not to write. Damn. 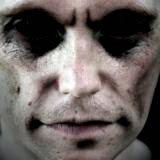 If you have anything you'd like to add to my cliché list
please let me know and I'll be sure to do my best in avoiding it.