Okay, so this has nothing to do with my novel, The Shadow Fabric. But it's all in the name of horror and art...

What is an artist? 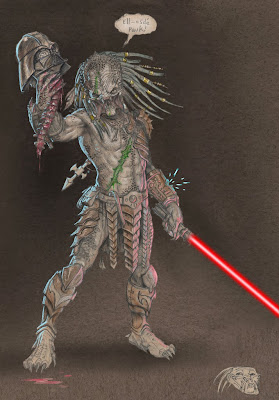 By definition, an artist is one who paints, sculpts, or writes. Most of us, however, refer to the artist as someone with a pencil or brush. I know a tattooist (hi Manda), and her weapon is the needle - she's an artist. It's amazing what she can do with flesh as a canvas.

The internet is a demon to the procrastinator, and be honest, you may be doing that right now. A few days ago when researching for an ezine I'm currently involved in, I discovered Anastasios Gionis. This guy's artwork bursts from the screen with its many limbs - and I exaggerate very slightly when I say that.

Anastasios is a digital sculptor and 3D modeler for the film industry, and although no longer draws for a living, he still does traditional art just for himself. This guy is an artist.

His work has featured in films such as Snow White and the Huntsman, Cabin in the Woods, Land of the Lost, Hop, The Curious Case of Benjamin Button, The Sorcerer's Apprentice, and The Mummy: Tomb of the Dragon Emperor. 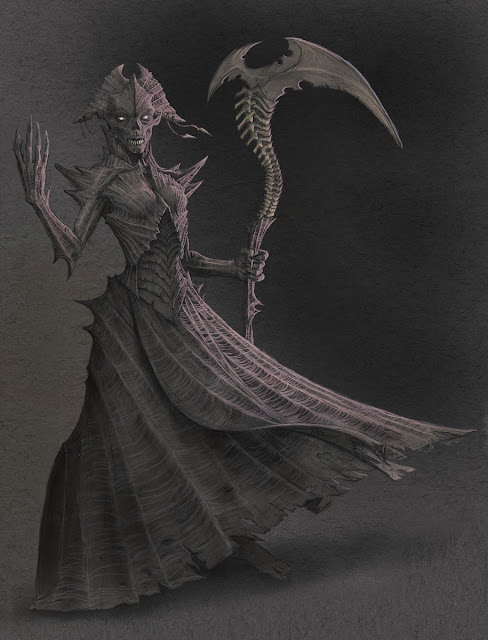 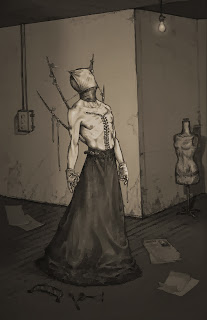 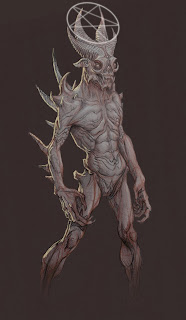 If I could pick up a pencil and draw this stuff, I would. I write dark; Gionis draws dark.

You'll find more of his work at www.stillenacht.deviantart.com. 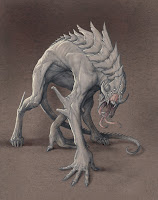 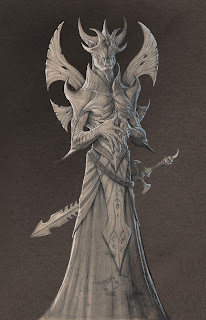 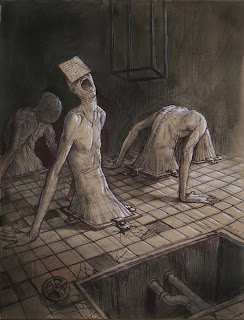 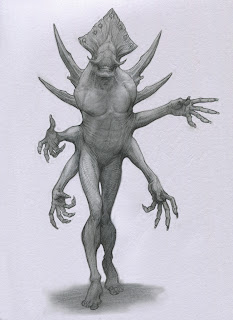 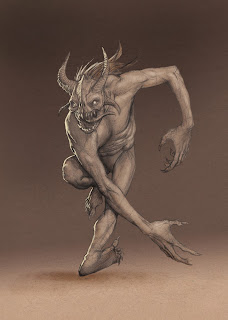 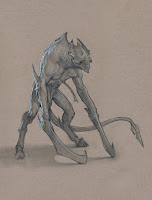 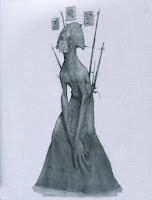 My handwriting is terrible, let alone any attempt at drawing. If I had Anastasios's talent I reckon my artwork would be just as dark... but I'm an artist of words. My novel, The Shadow Fabric, is a dark piece of fiction, and recently Rayne Hall (author and also editor of the Ten Tales Anthologies) invited me to contribute a dark dragon story to the next anthology in her series.

The upcoming Ten Tales of Fiery Beasts will feature my short story, Alone with the Bones. 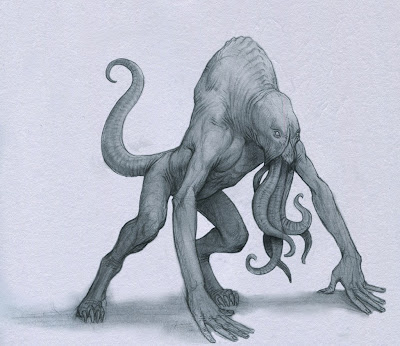 All artwork on this post is by Anastasios Gionis.