Flash Fiction: "Where the Shadows Are - Part I" (a story in the Shadow Fabric mythos)

I found myself writing a piece of flash fiction based on some of the groundwork I laid when plotting my novel, The Shadow Fabric. This 500 word story, titled "Where the Shadows Are - Part I", is the result: 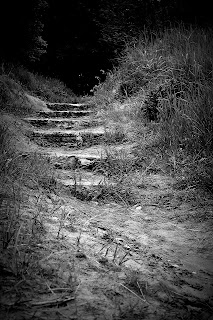 The smell was worse this time. Before, the body was only two hours’ dead; this time it was two days. Such a difference. For a moment Amanda wondered how many more bodies she’d find before the shadows allowed her peace.

She pushed a rag to her face, coughing. With her other hand she swatted the flies. Her bare feet sank into the sand, suggesting the tide was coming in. As the only human on the island, she was there to obey, and if she fought that peculiar obedience, the shadows – her puppeteers – made her do things, made her think things. Vile things no lady should ever think, let alone action. These last several days, all she was ever with was death. She’d be just another body soon, she knew that. Dead, and then food for the shadows.
With reluctance, she poked the rag beneath her bikini waistband and grabbed the corpse by its feet. Grunting, grimacing, she pulled it towards the tree line. Her strength amazed her. This was one fat Greek: bloated, the flesh shrivelled by the sun and the sea. His head left a snake of disturbed sand behind. Maybe she recognised him from the main island; perhaps, last week, he’d served her cocktails.
A flood of grey pushed into her head, and the memories fell away, feeling the shadows swarm, tearing away thoughts of her past.
Now, almost out of the sunlight, her muscles screaming, she closed her eyes. She hated to come in from the sun, yet she did it. Obeying the shadows was what mattered.
Still with her eyes closed, she felt the shade wrap around her, and she dropped the legs. The sound – that dead sound – echoed through the trees. Scratching her neck, fingers raking sunburn, her nerves flared like there was a blowtorch held against the skin. Another waft of the wet, salty stink, and she spewed. At least the shadows allowed her that much. When she’d finished, she wiped her mouth.
“Let the shadows take me,” she whispered, finally opening her eyes. The bitterness still inside, her legs folded and she sat cross-legged. She squinted into the sunlight lancing through the branches, that broken canopy offering little reassurance from the flitting shadows in her periphery.
How many other islands like this existed in the ? A place of solitude for the solo-traveller, a romantic escape for others… then you had this: an island where the shadows own you, where the shadows feed on the bodies they find. That same darkness kept Amanda alive, only just, to drag corpses from the sunlight, to bring them to the centre of the island. To the .
She knew her body would soon be offered. Often, those playful shadows suggested that.
She wished it would be now.
She was ready.
Further ahead, the grinding of stone over stone made her snatch her head up, and she blinked into the unfolding darkness.
The corners of her mouth tugged into a smile. 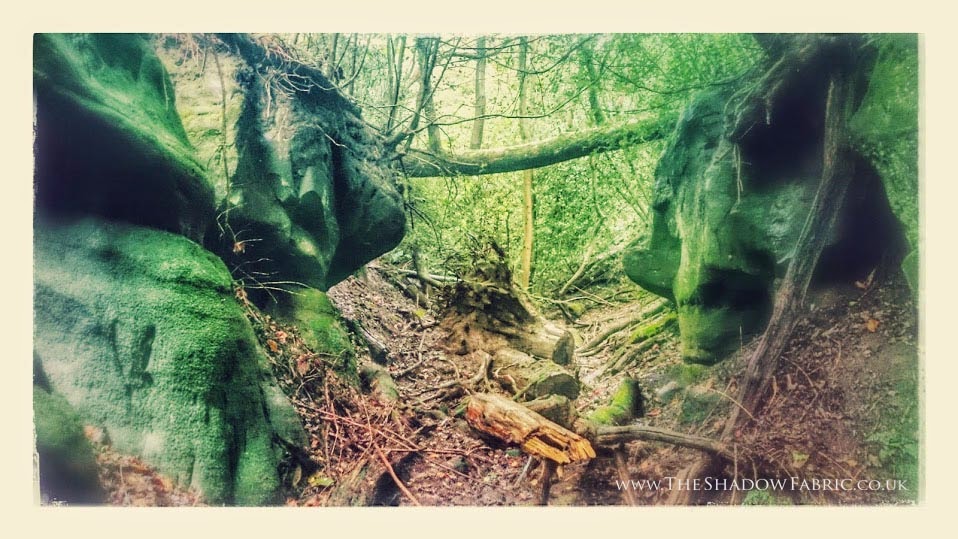 Email ThisBlogThis!Share to TwitterShare to FacebookShare to Pinterest
Labels: Flash Fiction, Mythos, Shadow Fabric Mythos, The Shadow Fabric, Where The Shadows Are, Writing