Have you ever felt as if time is intent in leaving you stranded? Suddenly you find yourself standing with so many pages of your diary fluttering behind you and with little of substance in hand... Life gets in the way; so much to do, so little time—all common complaints in a society with its foot on the accelerator.

Before I go on, I have to admit to stealing the title of today’s blog from a Dream Theater track, Take the Time. It’s an inspiring tune, and so very poignant in what I’m saying here. 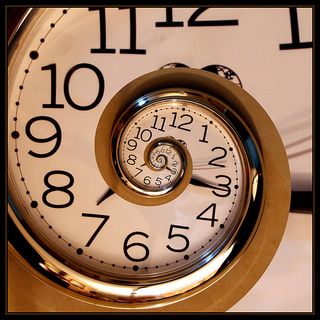 Working full time is one pain in the arse, yet kind of necessary; just as sleeping is. And eating! Plus the other bits in between. But I have long list of other stuff that needs to be done, namely writing/editing The Shadow Fabric. Having recently completed my accounts for 2011-2012 I’ve apparently had the best year yet with regards to earnings (which is pretty cool, yes), during which I somehow managed to get through the first several drafts of my novel. Getting up ridiculously early helped, yet unfortunately something else suffered—and is still suffering: the gym.

There had been a time when I’d be hitting that gym three times a week. Eager to keep fit, and determined not to become a stereotypical driving instructor (sorry guys but it’s true, most of us are fat! We sit there, our brains constantly on that treadmill, but not our bodies). I know I won’t remain as one of the younger instructors out there (I’m 36, and have been doing the job for eight years) but still I intend on being one of the thinnest.

Neglecting my body to write words isn’t all that bad—I still eat healthier than most, but I don’t get enough exercise… and now Helen, my wife, can outrun (and outwalk!) me. A few days ago we walked from our house to a couple of local National Trust sites: a ten and a half mile round trip up and down some crazy hills I never knew to exist around here. Given the history of my knee complaints—not that this is an excuse—but I was actually crippled by the time I got home. No exaggeration, and it’s something I’m honestly ashamed of. Hence this post, I guess; just to get my thoughts down. I keep my fingers exercised at least.

Currently I’m in the process of editing my novel, and I wish I could give it more attention but those other things in life get in the way. I love cooking, and I hate sleeping; and naturally I love reading (often I feel myself drifting into a doze after only a few pages). Of course, between all that I enjoy most in life, I work pretty damn hard to help pay the bills. And of course, I can’t fail to mention the importance in spending time with Helen; just doing stuff together, you know? She’s cool though. It’s all good. But imagine how great it could be if we didn’t have to sleep? Just to plug yourself in and charge yourself, and still be able to function. To remain lucid—and coherent—and so gain an extra six, seven, eight hours in your day. Imagine what we could achieve… Damn, I’d get my novel finished! And more.

I did, in fact, issue a very long and loud sigh when I hit that last full-stop. And so, just as the intro to that Dream Theater song goes:

“Hold it now… wait a minute… come on… Just let me catch my breath.”