Free Critique: something every writer needs

If you're a writer, you'll have friends and family to give you feedback, but you know that's not enough. Not nearly enough.

I’m currently in the drafting stages of my first novel, The Shadow Fabric, a story of sin, shadows, and the re-animated dead. My wife was the first to read it, and she of course gave me feedback as a reader. She was – and always is – constructively critical, and she tells the truth. But as a demanding writer, I need more than that. All of us, as aspiring writers, need more than just biased thumbs-up.

I guess it'll always be your spouse to read one of the first drafts (it used to be my dad, but he’s now my secondary reader). Next it would be your friends, right? Your best-mate, and possibly a few others? That’s still not enough, and as writers we need someone to rip our work apart; to pull away the skin and tear off the muscle, to strip it down to the skeleton. 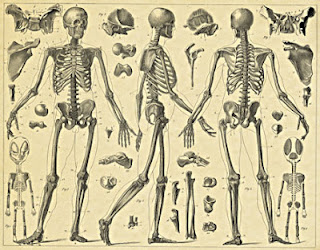 I subscribe to the Writing Magazine, which is a must for any aspiring writer, and a regular feature is ‘Under the Microscope’ where each month a reader’s work is scrutinised. Back in May, I submitted the first 300 words of my novel (pretty much the entire prologue) in the hope of receiving professional feedback without having to pay for it.

A few days ago the October issue of the Writing Magazine shot through my letterbox, and inside were my 300 words put under their microscope… and so I was lucky enough to have my prologue critiqued by Julia Bell, an author and a Senior Lecturer in Creative Writing at Birkbeck University of London.

Those words of mine were from a fourth draft, and at the time of my submission I knew there would be further revisions (there have since been seven more). As each draft went by, I found it more and more difficult to read it objectively, proving that over those few months I’d become too close to my project. And I knew it.

So, there was my free critique, and having it to hand has re-energised me. When I began writing the novel I couldn’t decide whether to write it in first or third person, and finally I settled on first. Certainly it was the only way in which the story could be told, yet I guess my indecision came across in the prologue. Julia pointed out the jarring transition between action and first person POV (point of view), and I realised this was what had been bothering me all along.

It seems the tone of the story is wrong, and now knowing this I must focus my next draft on the main character’s viewpoint; I need to deepen his shadows if I’m to make the novel truly work.

There’s something else Julia brought to my attention, and I know I’ve been guilty of it ever since I started writing short stories (not just my novel): over-description and being keyboard-happy with adjectives. A few other things were mentioned, in particular some mixed metaphors, but I’d already eliminated these in subsequent drafts.

Throughout the process of writing my novel I’ve had two pieces of advice echoing in my head.  Both are from Stephen King’s On Writing - A memoir of the craft:

“The road to hell is paved with adverbs.”

Each draft of TheShadow Fabric has been tightened, and I’ve dropped the total word count by around 5% since the first, plus I've kept in mind not to use too many adverbs. Well, I need to twist the screws even tighter!

There is one other thing I need to do, and I admit I’ve been lazy here: analyse every sentence and every word, to be certain all is vital to the plot, to the character, and to each scene itself. When it comes to the meaning of each sentence, Julia says, “Is it accurately conveying what you see in your mind’s eye?”

My thanks go to Julia for reminding me of where I am, and why I’m here. I need to tighten the clamp, and I’ve known it all along. So here I go… 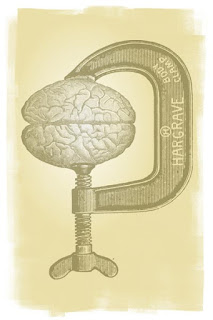